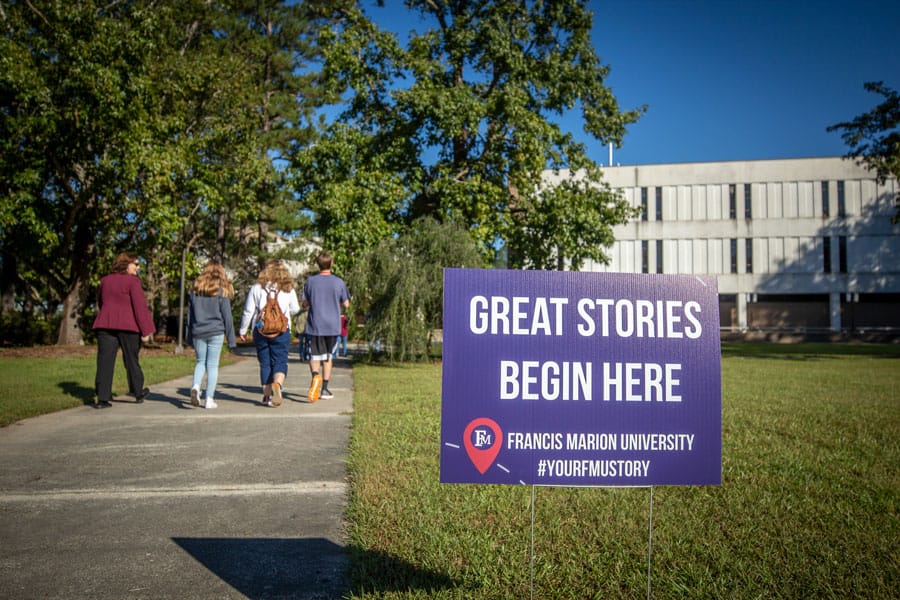 Tour the campus and learn about programs and degree opportunities at Francis Marion’s Open House. For more information visit www.fmarion.edu/visitus